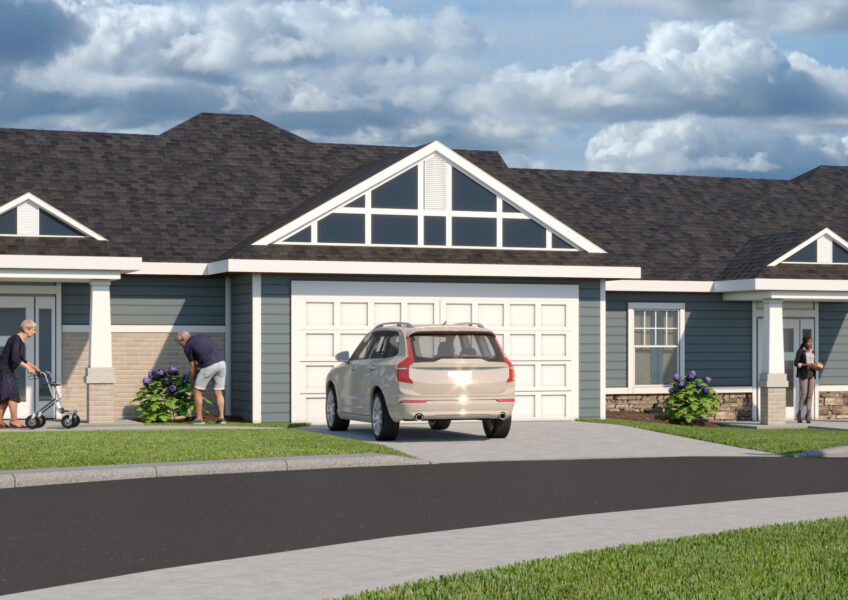 Virtual Reality and flythrough videos are great ways to visualize a new building development. VR is completely immersive and requires an HMD (head mounted display) while flythrough videos can be 2D or 360 degrees and work on a tablet or webpage. ABC Development and Geis Residential Management contacted Photonic Studio about 3D visualization solutions for their web site. They are building a senior living campus in Jackson township with 124 independent living units. The developers needed 3D renderings such as elevations, Birdseye, interior and cut-away views. In addition they wanted flythrough videos so you could get a feel for the new senior community.

First we organize and separate the layers we need from the CAD plans. Next our modelers setup a 3D scene to scale and import the curve data. After that we built all the 3D models based off 2D CAD drawings provided by the client. Every building exterior had to be modeled since the building units are each unique and visible in the “Birdseye” view. Finally we placed vehicles, trees, people and vegetation through out the scene.

We decided to use Unreal’s Twinmotion software to create the camera fly through. Twinmotion is a real-time game engine that can output high quality images, panoramas and standard or 360° VR videos for tablets, websites and virtual reality headsets. Using this software gives us the ability to create animations very quickly allowing more room for updates and changes. The video below shows an example of multiple cameras moving through the new development.